I visited Mistletoe State Park near Augusta, GA, recently, to look for a short trail for Anne's Girl Scout troop to hike one weekend. I took pictures with the intention of creating a scavenger hunt of things the girls could look for. 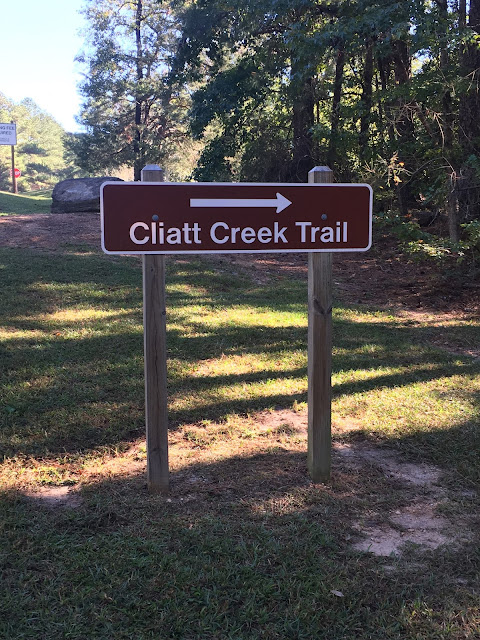 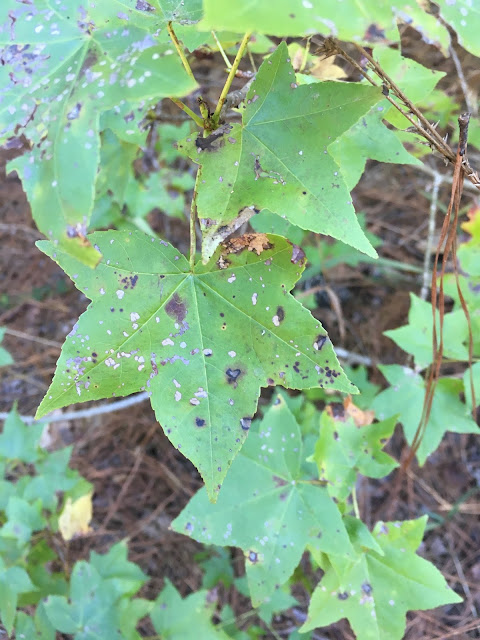 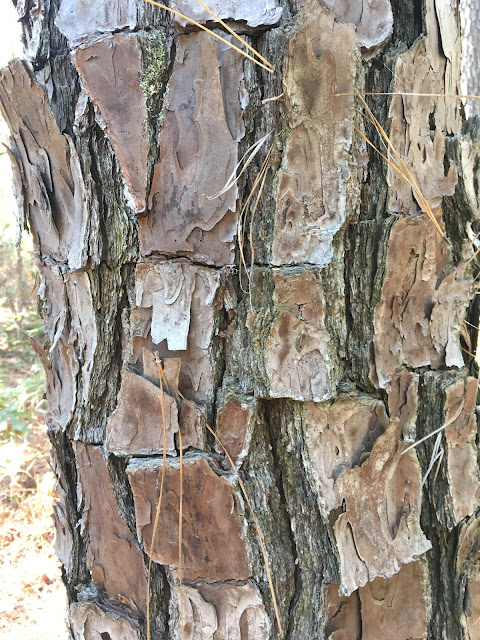 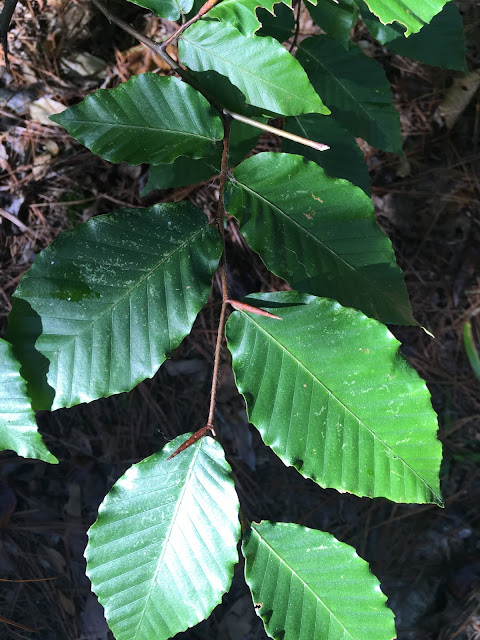 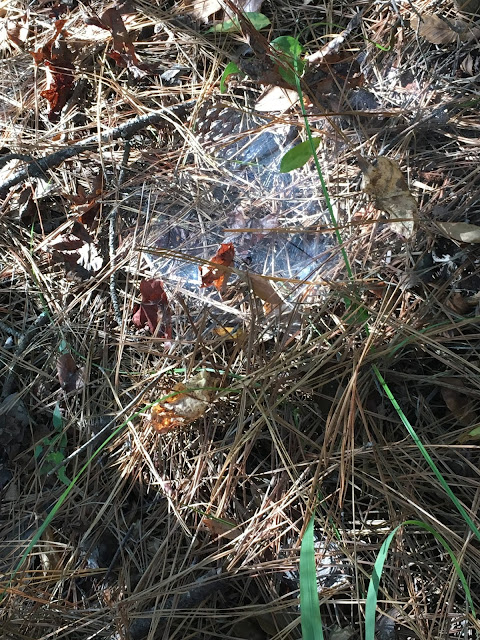 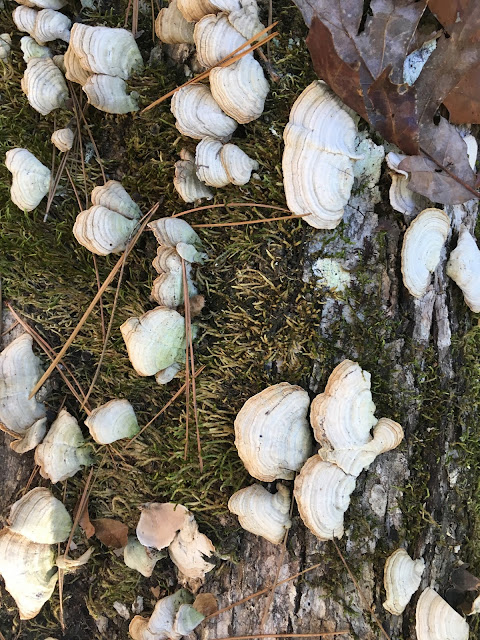 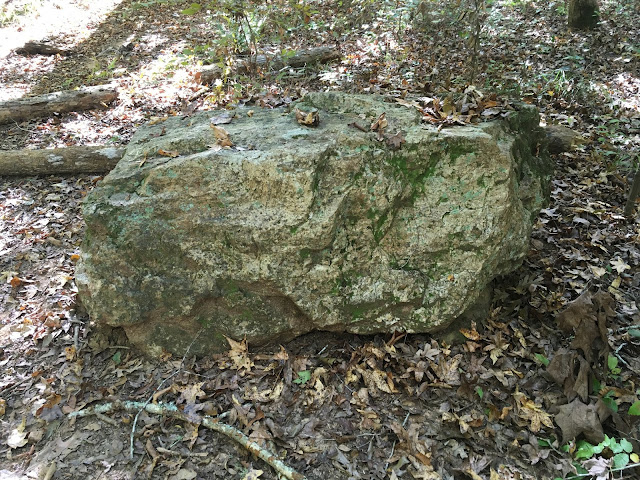 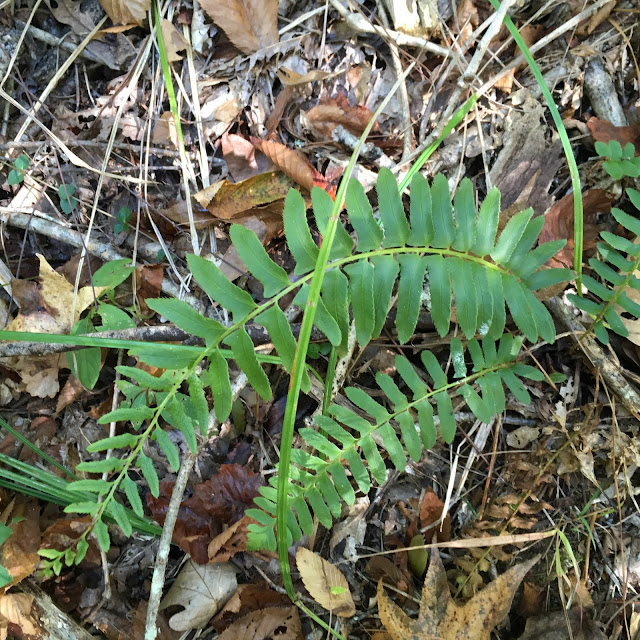 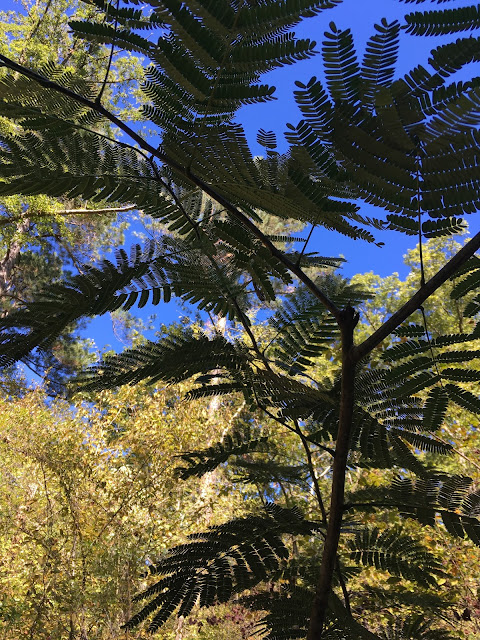 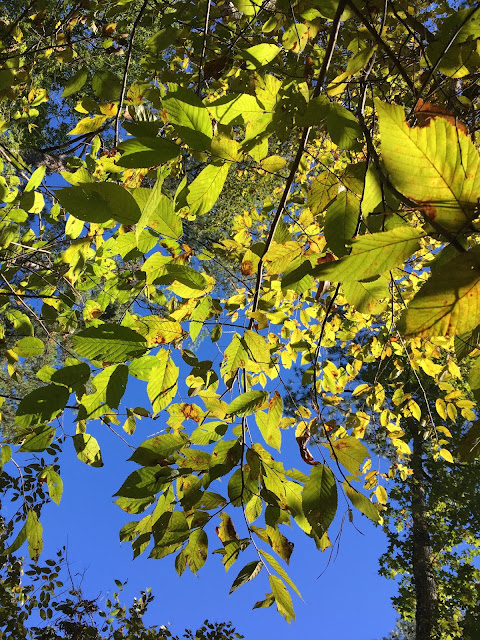 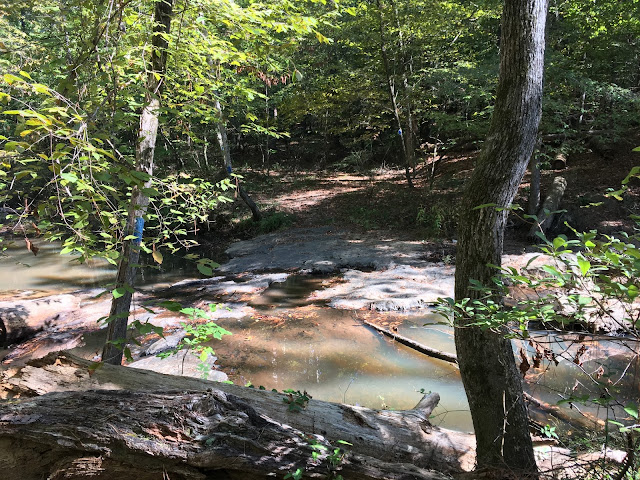 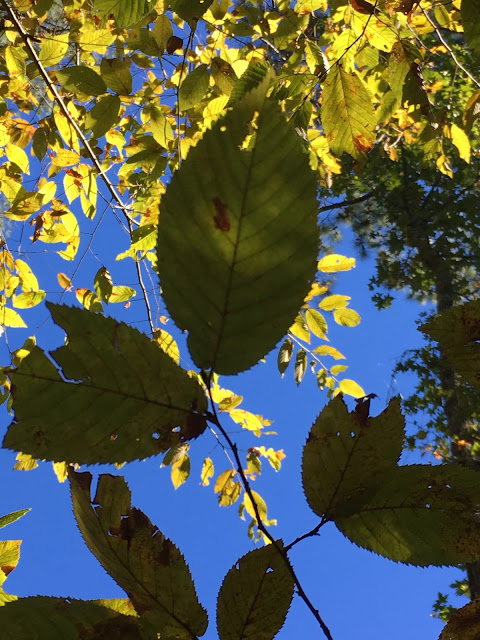 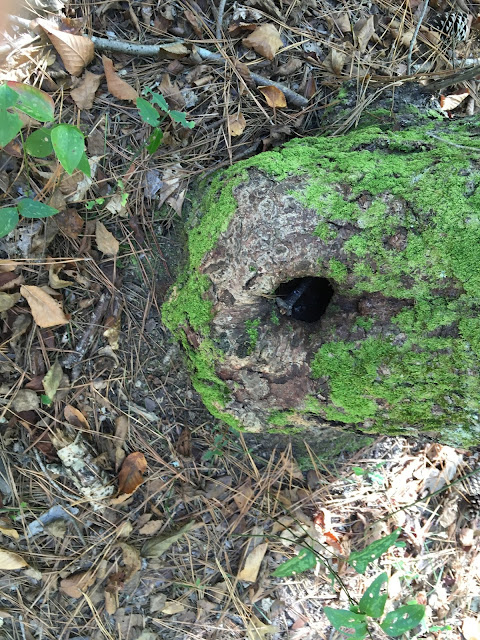 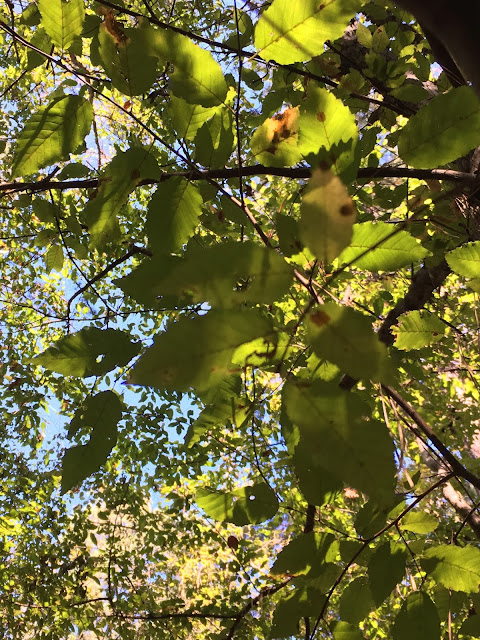 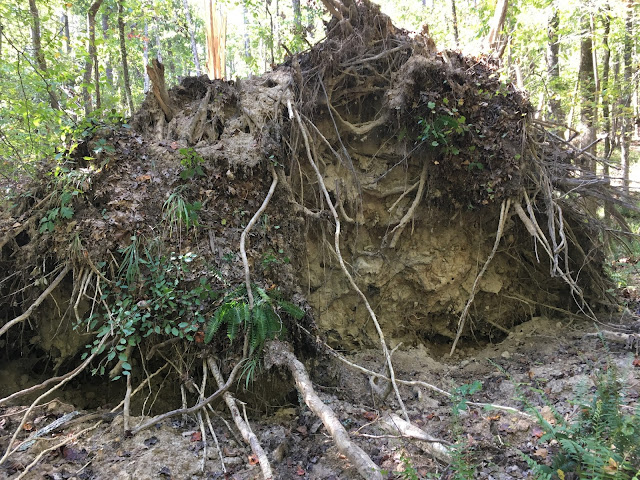 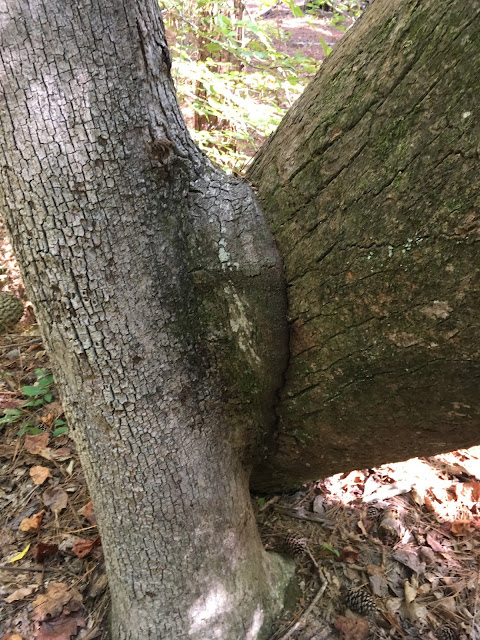 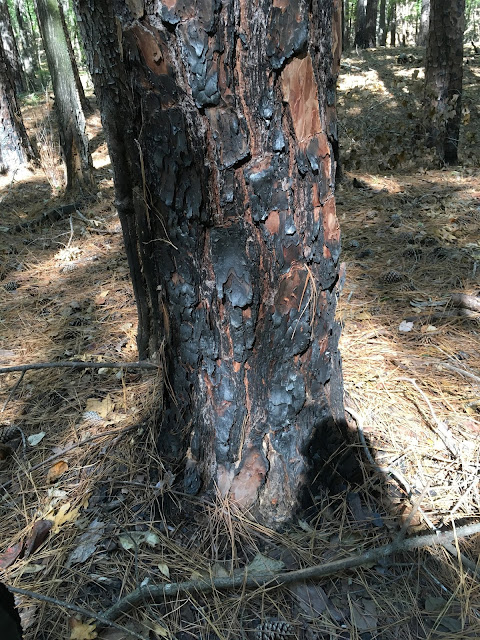 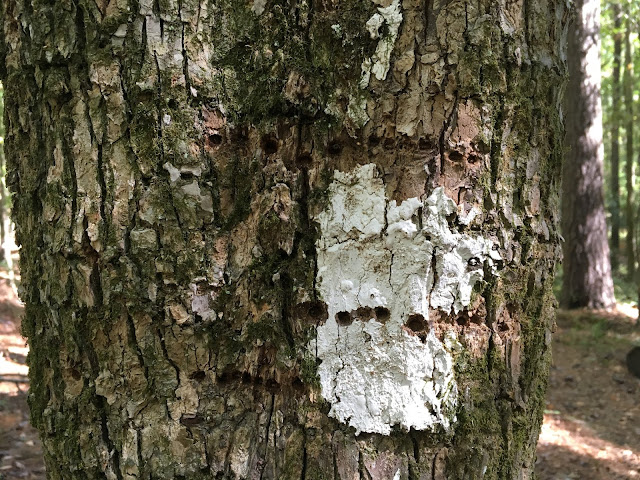 Email ThisBlogThis!Share to TwitterShare to FacebookShare to Pinterest
Labels: hiking

I am waiting patiently for the day to come when I don't wake up in a panic, thinking of all the things that absolutely have to be done, and that aren't getting done.

The cats are months late for their shots.

I've been in Georgia for four months, and I still don't have a Georgia driver's license. That's because I need my birth certificate and my Social Security card, and I have no idea where either of them are.


And now I am $47.95 poorer. Story of my life. I got paid today, and the nickeling and diming has already begun. Soon I'll be down to $100 to last the next two weeks, because that's how it always happens.

I started the process for ordering a Social Security card, but now I have to wait for Dan to wake up because they're asking a bunch of very specific financial questions so I can prove that I am who I say I am.

And now it's after 7:00 and my blogging period is over. And I'm pissed off because all I wanted was to escape and write for a few minutes. Yes, I got something important done, but I didn't want to spend my morning quiet time doing it.

Dark Times, and a Waltz

So, this morning was the second morning in a row when, upon waking, my first thought was that I wanted to put a gun to my head.

It was just a fleeting thought, but I know from experience that such thoughts can turn into not-so-fleeting thoughts of a similar nature. I have felt for a long time that I'm on the brink of some kind of a breakdown, and I think I may be there. I've started the cycle of constant crying and such extreme fatigue that I have to lie down and sleep. It's not good.

I have so much anger inside me. I want more than anything to just have a few days, or even a few hours, of alone time so I can write, think, practice my music ... but no. I don't get it. Instead I'm constantly trying to catch up at work, to keep all of the plates spinning there, while keeping even more plates spinning at home. And money ... I keep getting these huge bills, mostly dental bills, but other things too. I owe $800 to a doctor in North Carolina, and several thousand on my credit card that started with a huge car-repair bill from eight months ago.

I feel like I'll never catch up. How could I possibly? I don't even have time to take a shower.

This morning I was up at a ridiculous hour, so I found time to do the one thing I still manage to do each morning: Play a few minutes of guitar. I'm working on second position, where your fingers don't use the first fret but instead start at the second one. It's helping make sense of the frustration I get with the guitar's having a half-dozen different middle-C's. In second position, you don't play the open G string but instead put your pinky on the fifth fret of the D string. You make other adjustments as well--instead of the open B, you play the fourth fret of the G, for instance. It's challenging at first, but it's helping me wrap my brain around the mystery that is the guitar.

So, the good news: My brain is still working. I'm still doing a decent job at work, and I can still find joy in the challenge of learning new music. I've gotten to where my brain quit working in the past, and that is truly terrifying. I must admit, I love being intelligent, and I love challenging my mind to be smarter, more knowledgeable, more creative. I don't want to lose that ability.

Here is a piece I played this morning. It's one I've had for a long time, but I set it aside for a while and just picked it up again. This is "Waltz" by Bartolome Calatayud, straight out of the Suzuki Book 2. It's not perfect, but I'm playing it a lot better than I did before. Enjoy.
at October 06, 2017 1 comment:

This weekend I did a lot of writing to figure out why I'm having so much trouble making time for what should be my priorities outside of family: piano, writing, voice, guitar, exercise. Five big things that I can't seem to make time for. The title of this blog post, "Perpetual Motion," is a good description of my life these days. I want to stop, get off the ride, and spend some time alone where I can work on the things that are important to me. Yet the ride keeps getting faster.

I did manage to find some time to practice this weekend, and I woke up early this morning to exercise, write, and practice a bit of guitar. The real reason I titled this post "Perpetual Motion" is that it's the name of a Suzuki piece I'm learning on guitar.

We hit a bit of a setback in guitar a month or two ago when I asked my guitar teacher (Steve) to give me easier pieces. One thing about having been a piano student for such a long time: I can tell when a piece, or a level, isn't the right one. There are at least two types of "too-hard" pieces:

This isn't theory I've read anywhere; it's just what I've picked up as a lifelong piano student who also has the mind of a teacher. I was still having trouble matching notes to strings, reading the fingerings, and plucking the strings with good technique, and the harder pieces just had too much going on--tricky fingerings for playing three or four notes at a time, and such. Beautiful pieces, but not the right ones ... not yet, at least.

So I told Steve this wasn't working. I wanted simpler pieces that would allow me to master certain foundational techniques before moving on to the more complicated pieces. ("Complicated" being anything beyond primer level.)

He had me start with Suzuki Book 1, and it's been just what I needed. I've worked my way through the first 2/3 of the book, focusing really hard on technique, playing the notes smoothly, etc. And I've improved.

This morning I worked on S. Suzuki's "Perpetual Motion." While I don't have it perfected, I'm pleased with the progress I've made. I really want to be able to play this one legato--and legato is a challenge on guitar.

Here's where I am now; I'll post another version in a week or two so I can compare it to this one.