Week 33 of Life with Scout

Scout and I have seven weeks to go. Seven weeks until I’m the mother of some poor, hapless, innocent little soul. More power to him/her.

Southbound Scout is at Carver’s Gap: 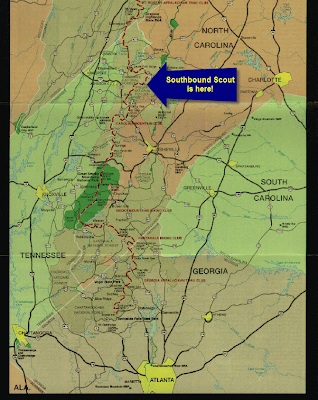 I must admit, I feel about as tired now as I did when I was nearing the end of my thru-hike. I haven’t had a good night’s sleep in weeks—no, make that months. It’s uncomfortable to lie on my sides, and it downright hurts to lie on my back. I can’t see how women actually give birth while lying on their backs. I’ll do that only if they chain me down or drug me numb.

Anyway, here’s where Northbound Scout is on his/her thru-hike of womb life. And I’m almost done, with this stage of Scout’s life, at least. Seven more weeks. Forty-nine more days. Here’s what Scout might look like at 33 weeks: 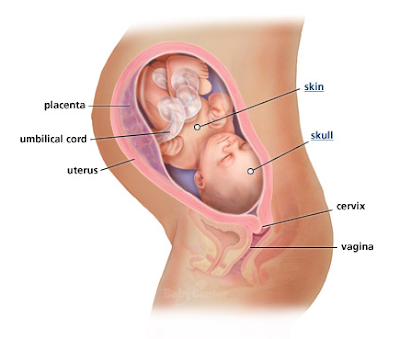 Scout’s about four pounds now, maybe a little more, and is about 17 inches long. And boy, is this baby active! He/she moves around all day long, it seems, and into the night. And I’m not even drinking coffee! Scout's kidneys finished maturing last week, so now we’re just waiting for the little lungs to develop.

The baby furniture (minus the crib) will be delivered this afternoon, which is pretty exciting. Now I’ll finally have a place to put all these wonderful unisex clothes that Miss Ella has outgrown.
at October 16, 2009

Email ThisBlogThis!Share to TwitterShare to FacebookShare to Pinterest
Labels: Scout

How exciting you'll be getting your nursery furniture today! Definitely post pics when it's up :)