Yesterday was simply not a day for running. When the TV repair guy (who was actually the HDTV installation guy) didn't show up until 6:15, after I'd waited around the house for him all afternoon, I accepted the sad reality that there would be no eleven-mile run for me yesterday. Such insult to be added to the injury (metaphorically speaking, thank goodness) of my ill-fated 5K yesterday morning!

But today was different. After moping around the house all day yesterday, waiting for Godot the HDTV Installation Guy, I knew I needed to make today count for something. So I did my eleven-miler this morning.

(I know. I am bad. I should have been in church, particularly with the EPC/PCUSA vote coming up next Sunday. I have no excuse, except that it was a beautiful, cool morning, and I had eleven miles to run.)

Hubster and I went to the lake. He's about halfway through his C25K training and was to run his longest run yet today: 20 minutes, nonstop. So I jogged the first lap with him. I am so proud of the Hubster. He wants to run a 5K by the end of the year, and he's right on track to do it.

Hubster left after his run, and I continued mine. I wasn't in a mood for running. The beautiful weather was also very humid weather, and it's amazing how humidity can just sap the energy right out of you. But I kept on, carrying a small bottle of water with me, listening to Phedippidations and enjoying the fact that the roads at Lake Junaluska are nearly car-free on Sunday mornings.

I was really low on energy, though. I was hungry. I'd had breakfast, but my 120-pound frame just wasn't up to the 11-mile task after a relatively small "fill-up" of 200 or so calories.

I ran in my new NB858s. They're heavier than the 1222s, but they were pretty comfortable. I've gotten spoiled by the lightweightness of the 1222s.

I was glad when the run was over. I stuck it out and ended up covering 11.38 miles, according to the route program on Buckeye Outdoors.

That route program's a pretty cool thing. Here's the route: 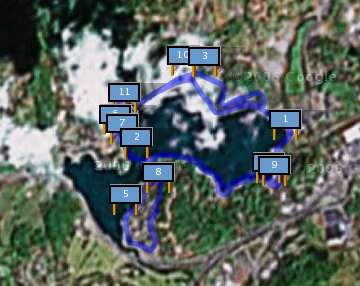 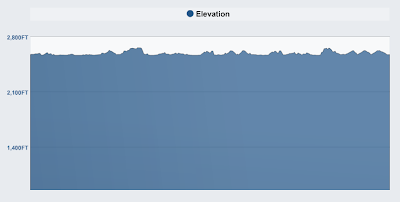 How cool is that?

I'll rest tomorrow, then run again on Tuesday. I'm so glad the weather has begun to cool off a bit!

Email ThisBlogThis!Share to TwitterShare to FacebookShare to Pinterest
Labels: running

I use to listen to Phedippidations when I ran. I wish your husband well. I did a 5k similar program.

Joan: Thanks! I am so proud of him for sticking to it. And Phedippidations is a great motivator, isn't it!