It has been brought to my attention that I don't put enough pictures on this blog. Pictures are, indeed, worth a thousand words. I just prefer to write the thousand words. But here are some pictures for your amusement and edification.

This is a picture of the rotted woodpile formerly known as Our Deck: 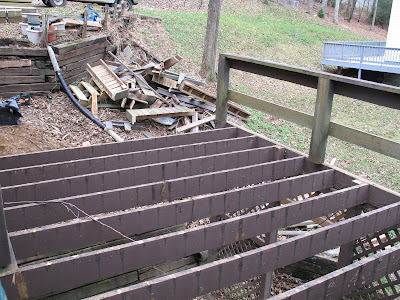 This is Hideaway, also known as the Little Goosey, taking a nap on Hubster's ratty pillow that he won't throw away. 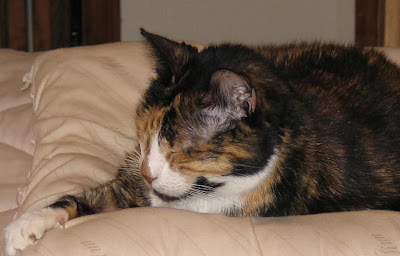 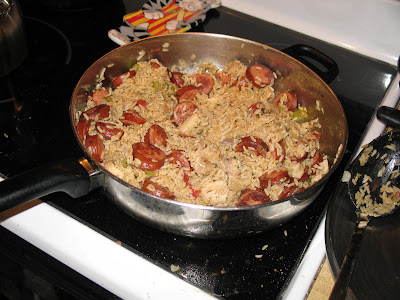 These are some people I've never met some of my favorite family members: Hubster, me, Mrs. Gwen (who will hate this picture because she always hates pictures of herself), Mu, and Stu. 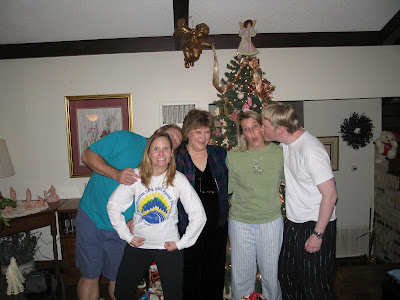 Now, here's a mystery picture. What fun! Who wants to guess what it is, and what, specifically, it's used for? First one to get the right answer to both will win a PRIZE! 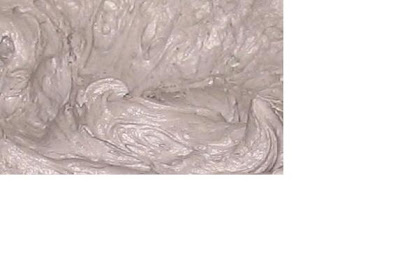 is that last photo caulking?

I think it's one of the following:
1) paint for your bathroom
2) cement
3) a nasty kitty cat hairball
4) bleach for your hair

yeah, paste or paint for your bathroom remodelling

some dough or batter for a big lovely calorific thing.

I think it is some cement paste that has been stirred.

Dana: You're good! One of your answers is correct!

So ... Dana got it (with one of her answers), and Belinda's answer is warm.

Joan: We have leftovers!

Chocolate frosting?? I'll be right over. Just let me find a spoon...

I shall copy answers: cold cream?

I've never had jambalaya -- is it good?

creamy frosting. It is specifically used for hiding a cat pill.

This is cold cream. Used to make my face less puffy.